In these traumatic times,
I say to all healthcare workers:
We stand with you and we count on you.
You make us proud; you inspire us. We are indebted to you. 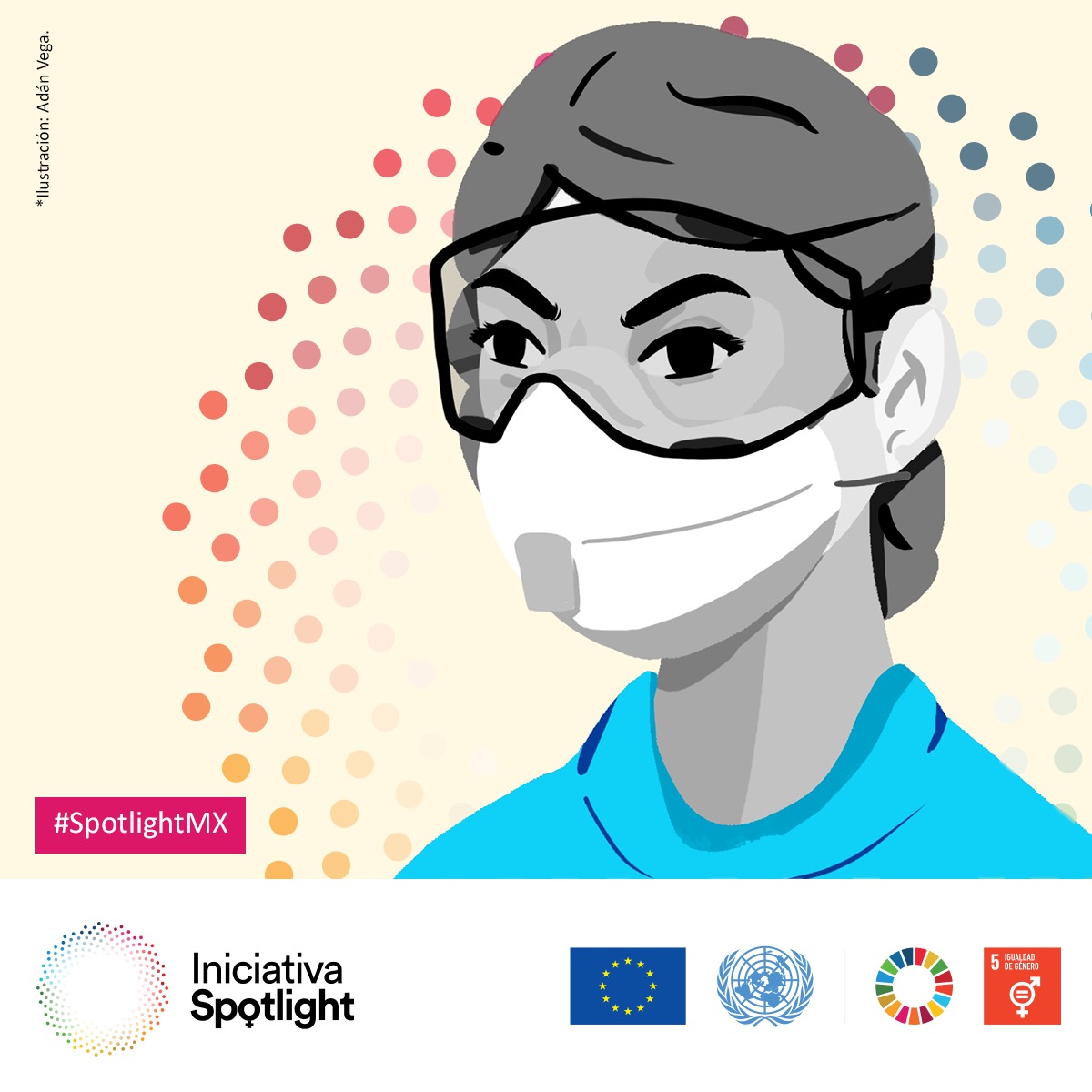 This crisis is a reminder of the essential contribution of women. For this reason, as part of the work of UN Women in the framework of the UN Initiative "Spotlight in Mexico"
- supported by the European Union in coordination with the Government of Mexico-, and with the aim of making the role of women visible in the context of COVID-19 and its contribution to Mexican society, we share the stories of heroine women in between of the pandemic.

For them, staying home was not an option and, by means of their actions, they embody the true meaning of the word “heroine”. They are on the front line of response: “At the beginning, I was very afraid of getting infected and infecting others, but, at the end of the day, you have to do your job, and you’re trained for it,” said Brenda Abad, a nurse at a public hospital in the State of Mexico. From day one, she was assigned to work at the respiratory filter —a protocol designed by the Secretariat of Health to screen patients infected by COVID-19.

Brenda is one of almost 500,000 people in Mexico who work as nurses with a technical or specialized degree, 79% of whom are women and 21% men.[1]People dedicated to nursing are those in the health sector who provide primary care and examine patients. In addition, in hospitals they are responsible for taking biological samples, providing care, and following up on each case.

Brenda Abad, 25 years old, has a technical degree in nursing and is now close to finishing her bachelor's degree. With a salary of 6,000 pesos a month, she sustains her six-year-old son and her elderly grandmother, whom she has not been able to hug out of fear to infect them.  On her 12-hour night shifts, three nights a week, Brenda must wear all her protective gear to check on patients who show up with symptoms of COVID-19. 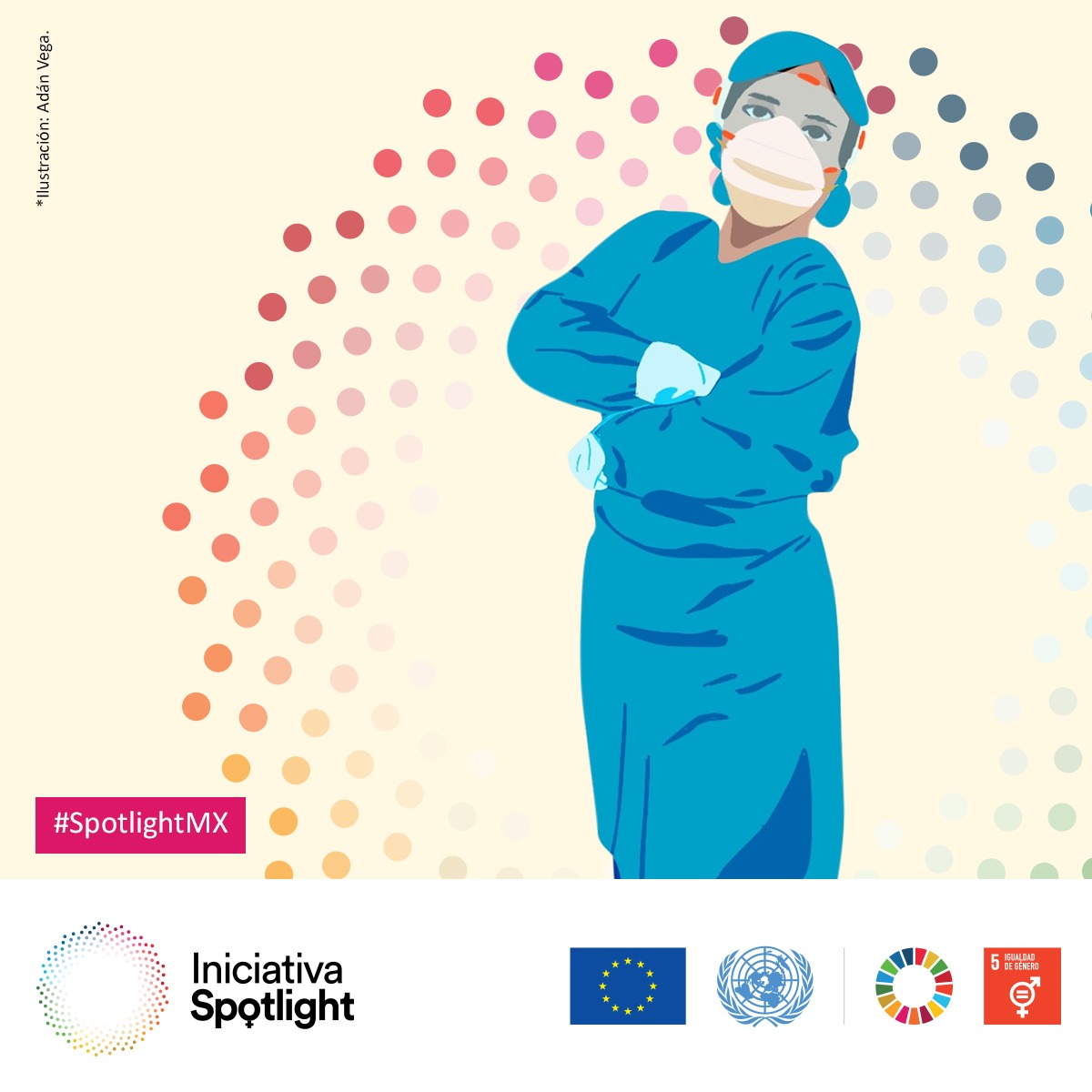 Before the emergency, Brenda had never had any problems wearing her uniform, but this changed after the health emergency was declared. Brenda's first episode of discrimination occurred when she was on her way to her night shift at the hospital. Her usual half-hour commute became longer that day, as a public transport driver refused to let her on.

The second assault also occurred on her way to the hospital. She was wearing her N95 mask while waiting for the bus. "Some guys passed by, I think they were drunk, and from their car they yelled 'You've got COVID!' and spat on me," Brenda said. "When I looked and realized what had happened, I wanted to cry. I thought, 'Where are we getting to?”

In response to the increase in cases of aggressions against medical personnel in the country, the United Nations System in Mexico condemned such acts against health personnel and any expression of hate, intolerance, stigmatization, and discrimination against those who are now on the front line of response to the pandemic; and encouraged the federal and state governments to take urgent measures to guarantee the physical and mental health of health personnel, as well as to ensure that the immediate needs of women working in this sector are met.[2]

In the case of the Mexican State, coordinated actions have been taken to respond to the emergency through the development of protocols, dissemination of communication campaigns, and distribution and securing of supplies and personal protection equipment for those on the front line of response. Likewise, sanctions have been extended in the event of possible aggressions against health personnel.[3]

Being part of the front line against COVID-19, and despite the difficulties and pressure, Brenda considers that fighting the pandemic has been a great opportunity in her career to "learn new things", and she believes that the situation has allowed her to value her colleagues more. "I chose this profession to help change the lives of many people; if I had another chance to choose, I would do it again," she says.

[1] INMUJERES (2020) COVID-19 and the gender-responsive statistics of its impact by INEGI. 2nd Quarter of the National Survey on Labour and Employment (ENOE) 2019 (available in Spanish). Consulted at: https://www.gob.mx/cms/uploads/attachment/file/543160/Covid19-cifrasPEG.pdf

[2]UN Women: The work and the human rights of health personnel must be respected: UN Mexico (available in Spanish). Consulted at: https://mexico.unwomen.org/es/noticias-y-eventos/articulos/2020/04/el-trabajo-y-los-derechos-humanos-del-personal-de-salud-deben-ser-respetados