Heroines, Women in the context of COVID-19: Police women 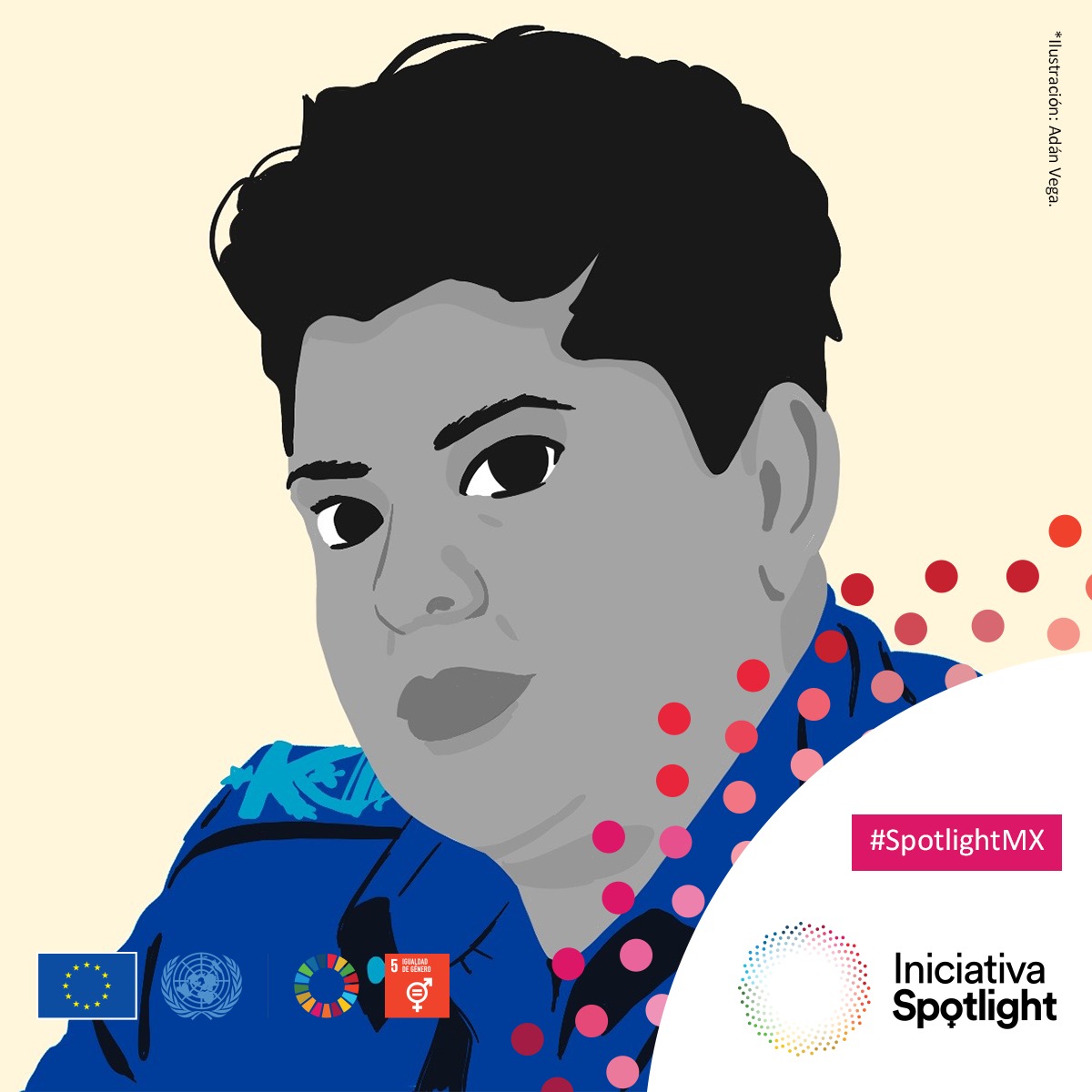 Humanitarian emergencies, disasters, and pandemics put women and girls at greater risk of violence. The current COVID-19 crisis is no exception. The rights of women and girls must be guaranteed in all circumstances and with special emphasis on these situations.

Violeta Castillo is the guardian of Código Violeta (Violet Code). She is one of the two highest-ranking female police officers at the Secretariat of Public Security in Jalisco. Código Violeta is her most recent mission as Chief of Operational Planning and consists of monitoring a new mechanism for the prevention of gender-based violence during confinement due to COVID-19.

Commissioner Violeta explains that the system speeds up the authorities' response to calls from women caught with their abuser.  By dialing 911, they only need to say they are "Código Violeta" to activate the protocol. Then, city and state police immediately deploy a specialized team to attend to these cases. If the victim already has protective orders, officers must report the new event to the district attorney's office. If she does not, they must offer her a transfer to the prosecutor's office and, if she wishes, to a temporary shelter.

"The police officers have to have a level of awareness," says the chief police officer. "In cases of violence or abuse, we try to ensure that most of the first responders are women, to give the victim support both as an authority and as a woman. This facilitates the flow of information, which is essential for the investigation”.

Violence against women and girls is not normal or natural. There is no justification for it. There are different forms of violence, including physical, sexual, and psychological violence. All women are at risk of becoming victims regardless of their age, ethnicity, nationality, disability, sexual orientation, socio-economic status, education or occupation.  All forms of violence can be experienced at home, by our partner, a relative, friends or acquaintances; as well as at work, at school, on the streets, in markets, squares, transportation, among other places.[1] 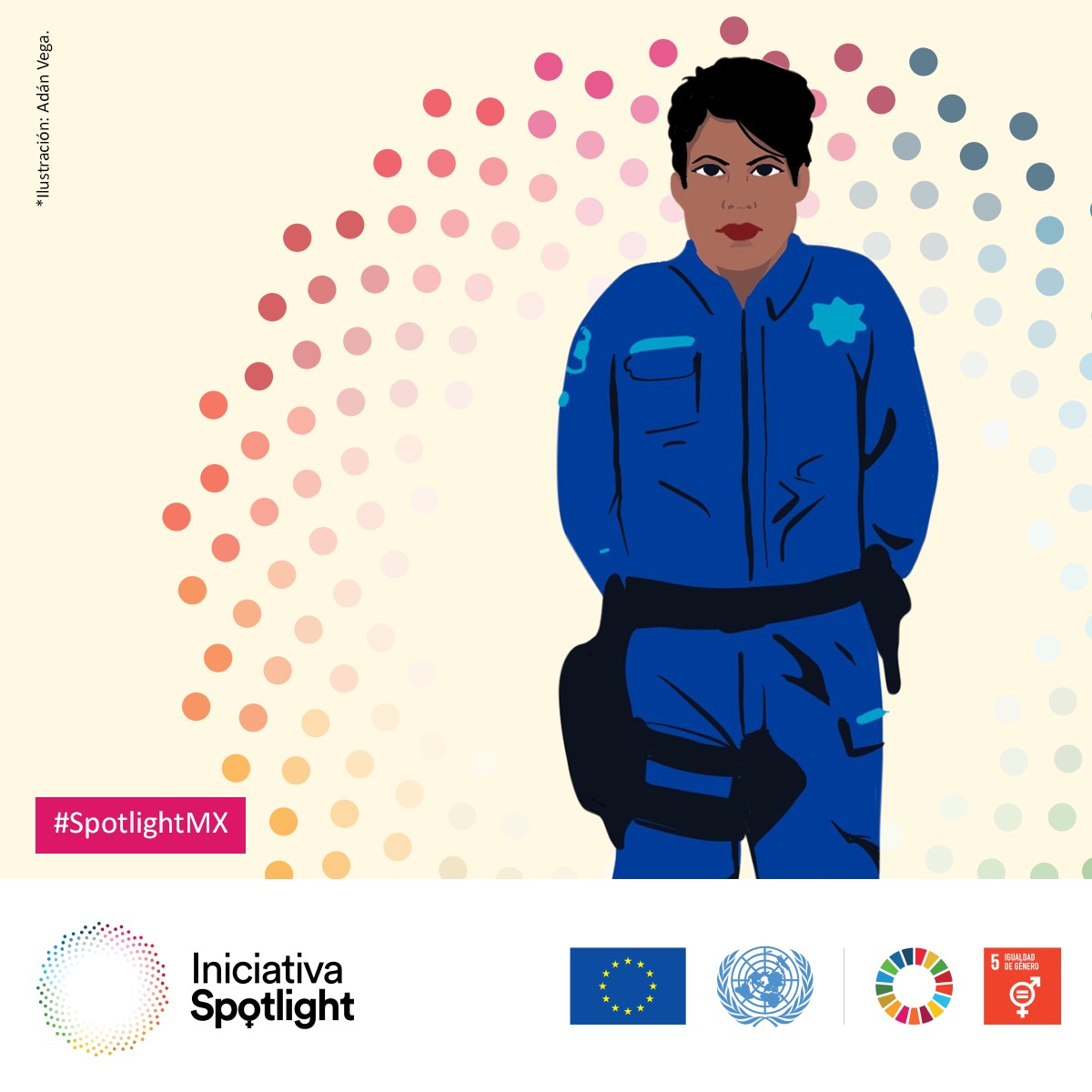 Violence against women in their own homes has increased with confinement on a global level. According to the National Network of Shelters, in Mexico calls for help increased by 80% during the first month of confinement.  Likewise, in March, the Executive Secretariat of the National Public Security System (SESNSP) reported 115,614 911 calls for help for violence against women, which represented an increase of 22.3% compared to February, when there was still no isolation at home. In Jalisco, from January to March 2020, 3,978 emergency calls for violence against women were registered, while from January to April, 5,279 calls were received. This means that, during the pandemic, there was a 33% increase (1,301 calls).

Commissioner Violeta admits to having suffered violence in a predominantly male work environment. When she entered the police academy, after studying and practicing law, she was one of three women in a group of 35 men. Climbing the pyramid has not been easy.

"What has been a big challenge is to endorse why I am here, to gain credibility, especially from men," says one who has heard the same questions many times: "How is a woman going to come and tell me what to do? What does she know about security? How many times has she been caught in an actual fight?” But Castillo is clear: "I came because of my work, because of what I know, because of what I've learned with experience... Little by little you claim your own space”.

To achieve an equal and violence-free contingency, measures for prevention, care, and protection of women and girls who are victims of violence must be strengthened, and the need to build new, more egalitarian social and family relationships must be stressed. Remember that, in this contingency, help services for women and girls in Mexico are essential, and you can report by dialing 911.