Ms. Puri speech at dialogue "Investing in women and girls" 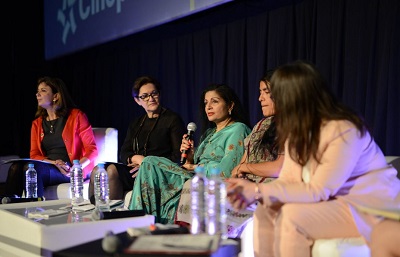 I want to express my deepest appreciation to Lorena Guillé director of Cinepolis Foundation as well to Jonathan Torres and to Forbes for the invitation to share this space with champions of gender equality and women's empowerment in Mexico.

We are very pleased to be part of this event to draw attention towards the critical and urgent matter of investing on women and girls.  And I am very proud to do so on behalf of UN-Women.

Let me start by introducing UN Women to you

After sixty-five years of the UN’s existence and the organization’s tremendous and impactful work in our world, the need for a coherent, efficient and integrated approach to promoting and achieving gender equality and the empowerment of women within the UN system was realized with the creation of UN Women. And I can proudly said that we have risen to the challenge!

UN Women is the only 21st century UN entity with the mandate to promote and realize the most inclusive and, with the biggest potential, transformation for humanity.

As global champion, UN Women has become an impactful entity that advances global norms and standards on gender equality and women’s rights. As part of our mandate, we also provides support to Member States in the implementation of those global standards within their national contexts.

And beyond that, UN Women is also a global advocate for gender equality, women’s empowerment and the rights of women globally, in all regions and countries, with governments, with civil society and the private sector, with the media, academia and with citizens - women and girls, men and boys everywhere.

Our message is clear: Gender equality and the empowerment of women and girls is every one business, it is every one responsibility and we all are accountable to make this happen. And we have a deadline: Planet 50-50: Step It Up for Gender Equality!!

Our highly successful and innovative campaigns well known in Mexico, including the HeForShe and the UNiTE to End Violence against Women / orange the neighborhood which you have been very actively promoting whenever the calendar marks 25 in each month. Now I invite you to joint 8th of each month to our Planet5050 campaign and take action to achieve gender equality.

Last year marked a very significant milestone in UN Women’s pathway towards advancing its mandate. Why was it so?

Women’s progress will play a pivotal role in the achievement of the SDGs.

The 2030 Agenda recognizes that investing in women and girls is the breakthrough to achieving the ambitious but indispensable objectives and fulfill the commitment of the Sustainable Development Goals as a whole.

Let me give you a few examples.

Investing in women and girls generates intergenerational dividends in the form of education, health, nutrition and employment for the next generation.

In conclusion, the connection between women and economic growth, sustainable development and long lasting peace and security is extraordinarily powerful.

The lack of investment in gender equality must be reversed.

Let me finalize with a verse from Octavio Paz ..